Many people have known and heard of one of New York’s biggest celebrity musicians, from his famed collaborations with Disney Films, as well as his unique style as one of the predominant folky riff and rhythm writers which made him one of the piano powerhouse musicians from the 1960’s to present day. In this article, we’re going to give you a little bit of history on the famous musician and give you some of the top Billy Joel Songs & Albums that makes this American Elton John a unique fun-loving soul to always be remembered. Yes, he’s still alive, and yes, to this day the 70-year-old musician is still making music and performing to this day.

The Interesting Life of Billy Joel

Billy was actually born with the name William Martin Joel. His father was also a classical pianist and a German businessman. The family fame here after World War II and they were emigrated due to the fact that they were Jewish Germans. His parents divorced and later on his father returned to Europe because he didn’t like the State. Billy Joel began getting piano lessons when he was younger after his father left, and he was even well-known to have taken up boxing because he needed to learn self-defense against the neighborhood kids in the Bronx. He actually won 22 fights under the Golden Gloves circuit, but he quit when he had his nose broken during a match a short while later.

Joel lived in Hicksville, but despite going to high school in 1967, he started to make shows at a local bar to help his mother with the bills, and he ended up not being able to graduate. He ended up dropping out because the school failed him and wanted him to go to summer school to get his diploma. He actually was quoted saying that he’d rather go to Columbia Records since he couldn’t get into Columbia University. Ironically, he did eventually sign to the famous label, and he ended up submitting essays later on in life in 1992 to the Hicksville High School he went to as a teenager, which gave him his high school diploma as a reward at a real graduation ceremony. During all of these years, he has become one of the most prominent artists in the music scene, and even though he had his first hit single which is listed in this article’s top songs, he also has numerous affiliations and credits to companies such as Disney’s “Oliver & Company” soundtrack.

Here are some interesting facts that many people don’t know about Billy Joel, despite being one of America’s classiest piano players. In this “I bet you didn’t know” segment, we’ll go over some things that are unique only to the Piano Man.

Now that we’ve heard a little bit of interesting information about Billy Joel, let’s look at some of his most selling albums and songs of all time. 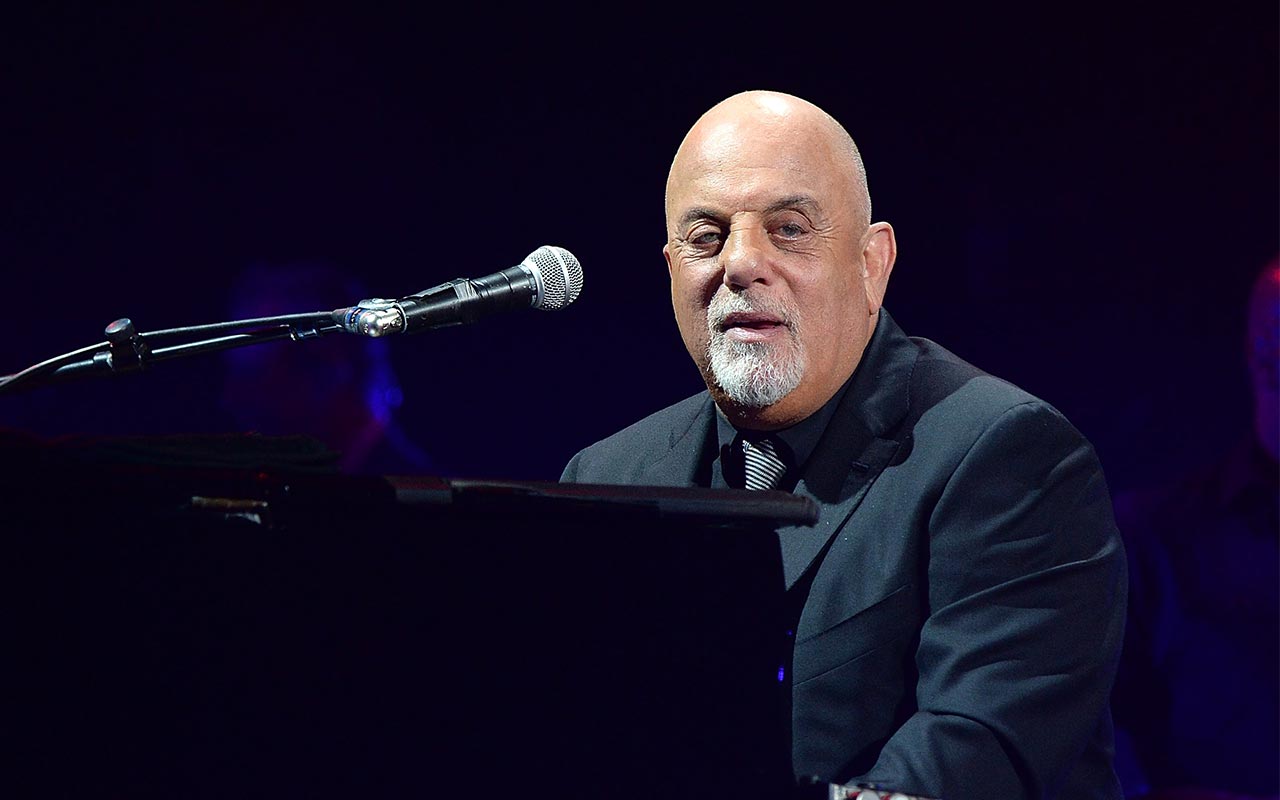 Billy Joel has been very well known not only for numerous albums over the past 40 years, but even more importantly, his songs and lyrics are what are important. His song lyrics always had meaning, and he used them to portray a message that he was trying to get across to not only his followers, but his biggest fans and friends. Music was literally an outlet for Mr. Joel, and this was extremely important to him that he got the word’s just right. After all, he did flunk his senior year for English, even though he always accredited himself as a great writer, and loved literature. Here are the top 10 Billy Joel songs to date, with the top 5 ranked by none other than Billy Joel himself.

While it’s no surprise that Billy Joel has had a number of albums, and according to Billboard, there is a difference between what actually peaked at album sales compared to the actual songs that were released by Joel himself. As a matter of fact, just like with some other artists, the most popular albums to date actually include the top 10 songs listed above, but they’re not the actual albums that the songs were released for. Why? Well, it follows the general rule that there is usually about one or two fan favorites on every artist’s album, whereas many people disregard or don’t really listen to it. The surprising fact though, is that when it comes to album sales, the number one album had the most album sales, but despite how popular the whole album was, neither of the songs actually made the “top ten list” above. Nevertheless, here are the top 5 Billy Joel albums (including compilation albums):

Where Is He Now?

Billy Joel has had a successful music career, and he’s even been continuously performing music in the New York area. To this day, he has not released any original albums other than a couple songs here and there. He performs on a regular basis, but he’s pointed out that “He’s lived a full successful career” according to numerous interviews that he has had since 1993. He goes back to Hickman High School on a regular basis, and was last known to have gone there to deliver the commencement address.

While Joel has been a big success over the years, he states that he enjoys spending time with his family and enjoys not having to be gone all of the time. However, he still does go on the road from time to time. Since his departure from high school years ago, Joel has received numerous doctorate degrees, including his latest in 2015, a doctorate of music from Stony Brook University. He has been indicted into the hall of fame, and has remained on the East Coast for the majority of his latter life.

While Billy Joel has been a successful musician, many people have not only not heard about him, but many have heard of his music, there really isn’t a lot of well-known facts that the general public knows other than his die-hard fans. Aside from this, many of today’s youth don’t know of his music or know of just how successful he has been over the years. As of May, 2019 the artist will be 70 years old, and while he’s stated he has retired from writing original material for regular album releases, he has been seen on numerous televisions shows, including the famous Sesame Street over the course of his career. He has been announced on his own website to play his 69th consecutive show at the Madison Square Garden in New York City in October of 2019.

Billy Joel’s success has led him to be one of the highest paid rock artists in the world at $180 million dollars from the combined record sales and live shows. He was listed as one of the world’s highest paid rock stars, even trumping over bands like U2, and numerous artists of today who only have a net worth of about a fourth of that. In a recent article of the richest musicians in the world, he is ranked as the 43rd musician out of the top 50 in the world for having the highest net worth of any artist in the world, just under Usher, Adele, and Eminem.

In a recent interview for New York times, Joel has been noted as being a happily successful musician who is comfortable with where he is at now. His life is full of family and fun, and friendships, ranging from yet another star Bruce Springsteen, to many more. He has even gotten to know Elton John, and has always been a person to get along with numerous other artists who have been influenced by him. He commonly jokes about getting older, and even states that when it comes to longevity, not dying is about as good as you can get to being immortal.